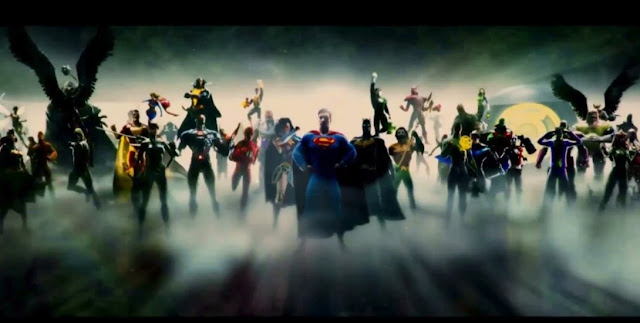 Man-Thing (2005) and the MECU that could have been

We live in glorious times and we don’t even recognize it.

We live in the age of Comic Book movies. All our dreams are manifest. An extended, immersive universe exists up there on the screen and, for the first time in human history, a medium that was once reviled, and (to some extent) nearly legislated out of existence, has captured the imagination of the public in ways that its supporters could have never dared to dream.

Yes, this is the era of the DCEU. That’s DC Extended Universe, for those not completely in the know. An interlinking series of films by a diverse set of directors and writers, yet firmly controlled (editorially) by the governing heads of DC comics, these films have opened new avenues of storytelling previously unseen beyond the printed page. The sheer breadth of films released since this project began in 2005 (a dozen movies and counting) would have blown the collective minds of the scores of the unwashed who skulked through the aisles of your local comics shops.

Yes, those insular misanthropic masses have been vindicated. And the stories and sagas that they jealously held so close to their (literal) vests have, now, become the respected and anticipated imagined property of the public at large. Superheroes are, at long last, big business.

How did this happen? How did the ordinary film-goer finally clue into the amazingly rewarding benefits of longform fantasy storytelling? How did they come to embrace a yearly pilgrimage to the multiplex to consume the next installment in a highly diverse, over-arching, multi-character, multidimensional, increasingly complex series of stories in an interconnected universe that only existed (previously) in monthly, graphic, serialized form?

We have to go all the way back to 2005 to look at the germination of this thing that we have grown to take for granted.

In 2005, DC comics and Warner Brothers studios embarked on an unheard of mission. To build a universe from a single movie. A building block that would signal to the vast movie-going public that there was a story to tell. A big story. And this story couldn’t be contained in just one franchise or one hero. This was the story of us. Of who we were as a people. Of what we could do in the face of adversity. Of how we could stand up to the evil or the morally ambiguous and come out the other side proud of what we had accomplished and what we did to get there. 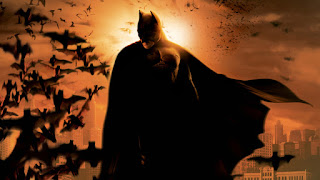 That 2005 movie was Christopher Nolan’s Batman Begins and, though no one knew it at the time, a beginning is exactly what it was. In that film, Nolan gave us a Batman for the ages, pitted against not some colorful costumed miscreant like The Joker or The Penguin or The Riddler, but rather, the all-too-relatable character of Ra’s al Ghul, the man who taught him how to be the Batman. Al Ghul is motivated not by greed, but by principle. His plans to end all corruption in Gotham City would, usually, align completely with Batman’s philosophy. But Batman sees beyond what al Ghul proclaims as irredeemable, and their ensuing battle of moderation versus extremism is the blueprint of everything that DC and Warner Brothers would continue to build upon in all subsequent installments of what they, eventually, would come to call the DCEU.

Batman Begins was followed, in 2006, by Bryan Singer’s Superman Returns, a film whose title would come to embody another aspect of DC’s continuing insistence that the modern world was now ready for this kind of extreme storytelling. In Singer’s film, Lois Lane publishes a Pulitzer Prize-winning article entitled “Why the World Doesn’t Need Superman”, only to be proven, at film’s end, that she was wrong; the World (and by extension, us) desperately needs Superman.

Nolan would continue to explore Batman’s amorphous paradigm shift in two subsequent films, The Dark Knight and The Dark Knight Rises, which would pit Batman against some more colorful and expected villains, but with new realistic twists on their personalities, making their motivations more morally ambiguous and Batman’s responses to them more philosophical in nature and less “bang, bang, shoot ‘em up”.

The DCEU expanded beyond their traditionally recognized screen characters to include Jonah Hex and (James Bond director) Martin Campbell’s Green Lantern, released, respectively, in 2010 and 2011 (right in the middle of Nolan’s Batman trilogy), signaling that the DCEU would be exploring properties heretofore never seen on the big screen.

Two years later, Nolan, fresh from the phenomenal success of his Batman trilogy, would take over the producing reigns of the next Superman film. 2013’s Man of Steel would re-explore and re-contextualize Superman’s origin and his battle with the Kryptonian, Zod, originally portrayed in Dick Donner’s Superman films of the late 70’s and early 80’s. Nolan chose Watchman wunderkind Zach Snyder to helm this re-interpretation of the beloved Superman mythos. Snyder continued to build upon the darker themes of the Twenty-first century DC films, making Superman’s fight with Zod brutal in its intensity and examining the collateral damage caused tangentially during these battles between gods. Snyder followed Man of Steel in 2016 with Batman v. Superman: Dawn of Justice which further explored the collateral damage theme, placing Batman against Superman in an annihilation-sized event that was, again, more philosophical on its surface than anything we’d ever before seen in a comic book movie. 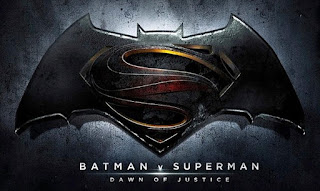 BvS slyly introduced Wonder Woman into the mix and, in the same year, Patty Jenkins directed the Amazon’s solo film to near universal acclaim, followed by a full on Justice League film, which added The Flash, Aquaman and Cyborg versus the minions of ultimate DC baddie Darkseid (created by Jack Kirby). 2016 also saw an exploration of Batman’s more ridiculous rogue’s gallery in Suicide Squad, featuring The Joker and Harley Quinn (a fan favorite). 2018 brought us an Aquaman solo movie directed by genre darling James Wan (the Saw, Insidious and Conjuring universes, Furious 7). Response was overwhelming, making Aquaman the highest grossing film to date in the DCEU and the first to gross over a billion dollars. 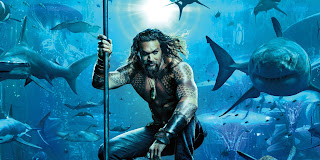 Imagine. An Aquaman movie grossing over a billion dollars. Such a fact would have been unthinkable just a few years earlier, when simply the thought of an Aquaman film was used as the butt of a joke in the HBO series Entourage.

Now, this week, DC and Warner Brothers are about to release Shazam!, a film featuring DC’s true, original Captain Marvel (no longer called Captain Marvel because of rights issues). Advance word is over the moon and the DCEU seems set on continuing (or even improving upon) their decade plus winning streak.

But what ever happened to their rival comics publisher, Marvel? Why hasn’t there been a spate of Marvel Extended Cinematic Universe films to rival DC’s supremacy? Why is there no MECU to give us the connected adventures of the Fantastic Four, Spider-Man and the X-Men? It would seem to be a no-brainer, even given the enormous amount of catch-up they would have to do to get to DCEU levels.

The fact is that Marvel, despite having the most popular comic properties on the planet, doesn’t own the rights to the majority of their prestigious characters. Here’s the story:

In the late 1990’s when the comic boom went bust, independent company Marvel (unlike DC, which has been owned by the industrial conglomerate Warner Brothers [a subsidiary of AT&T’s WarnerMedia] since 1967) found itself hemorrhaging money. In order to stay afloat, Marvel sold off the film rights to their core characters. In addition to the ones mentioned above, Marvel lost cinematic control of the Hulk, Daredevil, Ghost Rider, The Punisher and just about anyone else that you could ever care about.

With Marvel’s properties in the hands of others, there is no way that they could make anything resembling an interconnected series of films. Fox has the X-Men and The Fantastic Four. Sony has Spider-Man. It’s not in their interests to work together. But Marvel did try once. 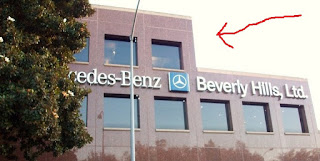 In the mid 2000’s, Marvel was supervising their licensed film properties out of an office located above a Mercedes-Benz dealership in Beverly Hills. Artisan Entertainment had the rights to a few smaller Marvel characters like The Punisher, Black Widow and Iron Fist. Marvel had regained control of a few of their properties including the Avengers, Iron Man, Cloak & Dagger, and Power Pack. And they wanted to make their own movies. So, Marvel asked Lionsgate (nee Artisan) if they could collaborate on a film. You know, just to test the waters.

Marvel chose to focus on a relatively obscure character, a sort of Swamp Thing-ish copy of a rambling, shambling, muck monster called Man-Thing. “Let’s throw it out there,” they thought. “And we’ll make it a horror picture because you can’t lose money with horror. Let’s just see what it does. Man-Thing.”

Well, Lionsgate took the ball and ran with it, cutting Marvel completely out of the loop. They moved the entire production to Australia. No one from Marvel wanted to go to there, so they just sat back and let it all happen. Avi Arad (then CEO of Marvel Studios) has been quoted as saying “The one hiccup we had was the one project we didn't micromanage. We were not going to the Outback, there was so much going on. We will never do that again. We should never have trusted anybody that far away without our supervision. Thankfully it was a small movie and not a disaster. If we were there and on top of it, it would have been a[n] amazing movie. I look at the {horror} genre, and I think 'Shit, I can't believe this'. We've learned our lesson.”

Man-Thing was a financial disaster, essentially putting the kibosh on Marvel’s hopes to exert some kind of editorial control over their properties. Now all of Marvel’s plans are scattered to the winds. They can just sit back, watch what’s happening in the DCEU and dream of what could have been.

But, we say, Man-Thing (2005) is a pretty great little movie that has all of the core elements that should be present in a world-building exercise. Directed by The Lawnmower Man’s Brett Leonard, this film blends bits of horror and romance, Native American legend and environmental concerns into a nicely cohesive mélange that never fails to entertain and is always, always, on point with the original book’s intentions.

There are characters named for the comic’s most prominent creators, Steve Gerber and Mike Ploog. Jack Thompson (Cleeg Lars from Attack of the Clones) shows up as the despicable polluting villain Fred Schist. Alex O’Loughlin (Hawaii Five-O) shines in an early role as a mentally-challenged deputy. Australian Rachel Taylor (who I’ve got to say, would make a great Patsy Walker) is the environmentally conscious school teacher whose best friend is a Seminole shaman. 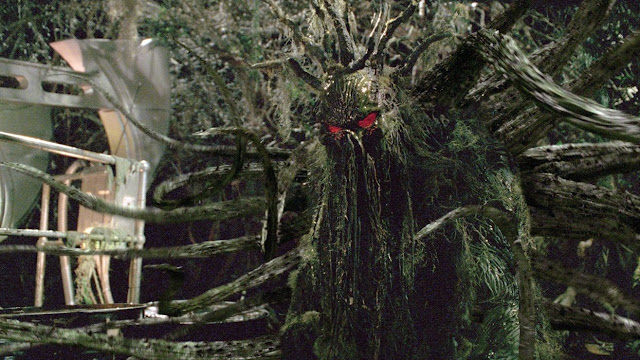 The creature himself (a combination of practical and CGI effects) is frightening and sufficiently intimidating. The film translates the essential conceits of the original page better than most other comic book films (DECU included). And Australia as a stand-in for the Louisiana swamp works brilliantly at times.

But Marvel was nonplussed. The movie was dumped, rather unceremoniously onto the SyFy channel in 2005 and has lived a buried existence ever since. It’s true that Marvel slept on this one, but that doesn’t mean that you have to.

Oh, Marvel, why couldn’t you be like DC? Somehow, they managed to find the right formula to bring their extensive comic book universe to life on the big screen. Their “bench” of characters is so deep, they can churn out film after quality film for the next 50 years. Sadly, all we can do now is imagine a Marvel equivalent. No longer do we dare dream of seeing something like Guardians of the Galaxy or Luke Cage on the big screen. Marvel can only look back and think about what could have been. 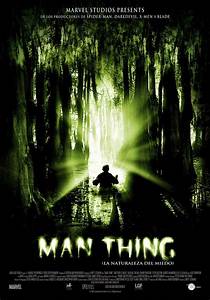 Man-Thing is available to rent on Amazon Prime.