HOW I LEARNED TO STOP WORRYING AND LOVE HOGAN'S HEROES 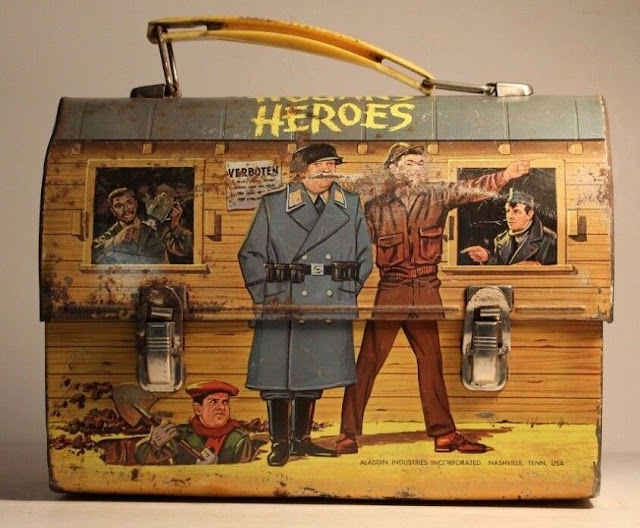 You know, I liked Hogan's Heroes when I was a kid, but then I learned about the Nazis in school and came to believe that the very idea of it was tasteless. "A comedy? Set in a German POW camp? That's beyond the pale."

I pretty much held onto this opinion for long time, until I saw Billy Wilder's brilliant Stalag 17, of which HH is just a watered-down version.

I still didn't reexamine HH until recently, when they started running it on@MeTV. Now I tend it find it mostly delightful (?). Werner Klemperer and John Banner are both really great. All four of the main "Nazi" roles were actually played by Jewish actors, who had fled Germany during World War II and (I guess) really enjoyed portraying bumbling Nazis.

Klemperer won two Emmys playing Klink. It's important to remember that HH was not set in a concentration camp, but rather a Luftwaffe POW camp, and that its (and Stalag 17) setting were based on actual camp, Oflag XIII-B, which was located approximately where Stalag 13 is.

And, as to the questionable taste of the subject matter: Why have I rarely heard similar complaints about the British TV show, 'Allo, 'Allo, (a broad comedy set in a German occupied French town which used Nazis as the butt of the jokes) which ran for ten years to HH's six?

This all comes as I'm watching @MeTV's nightly hour block of Hogan's Heroes and am reading about a planned reboot of the series which would follow the descendants of the original characters on some kind of global treasure hunt.


^^^This is astounding^^^ I would love to do a live theater version of it.

Apparently, although only one episode of HHIH was aired in 1990, 8 full episodes were recorded. They must still exist somewhere. Word is that Arthur Matthews (Father Ted) has copies of them.

Fuck. Now I see that Arthur Matthews did a fucking weird sitcom with Simon Pegg in 1999 called Hippies. It is dour.